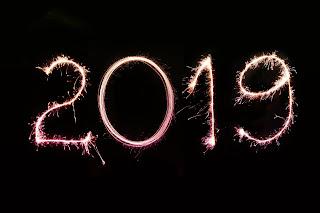 The year began a week ago, but this is the first full week in the office, with the regular patterns that do not include holidays, year-end deadlines, etc. I am now getting a chance to catch my breath a bit as we begin this New Year.  The Christmas decorations are down in the parsonage, and they are slowly being taken down at the church, so by next Sunday, we will back to a normal look in the sanctuary. There is something special about turning that calendar page and marking a New Year in our lives.  There is something of a fresh start ahead.  The mistakes we made in 2018 are behind us now.  (Now we have a whole new year for mistakes and missed opportunities, right?) Many of us have made resolutions for 2019 for things like better health, stopping bad habits, finding that new job, doing something special for friends and family.  Anybody make any resolutions? (Anybody already give up on those resolutions?) Here are some suggestions for those who have made those New Year's Re
Post a Comment
Read more 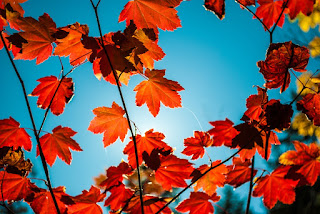 I moved to Terrell on July 3rd.  In the weeks to follow, I was well aware that we were setting records in the region of temperatures over 90 degrees.  We didn't get this kind of heat in the mountains.  The forecasters say it is a trend, many years in the making, and will probably continue for awhile. I rationalized, that maybe winters will be more tame compared to the mountains.  We will see. This past weekend was a turning point of sorts. It was the first morning in the 30's in the fall (the week before had some warm days that were above average for this time of the year).  There was a light frost on Monday, with seasonal weather during the day.  It is Fall, though there are still lots of green leaves to be seen. Will there be some warm days ahead?  Probably.  Will we see some chillier weather?  For sure.  Will winter be here before we know it. I suspect so. All this to say, the seasons are changing again.  It is something we can count on, about every equinox.  The d
Post a Comment
Read more 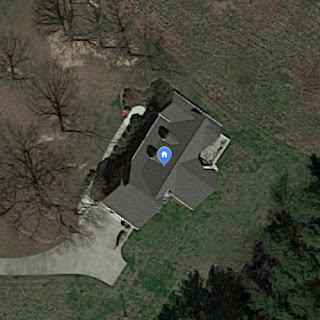 We get this question a lot about our new home: "Are you settled in yet?" I am sure that when I answer the question, it is awkward at best.  I guess I don't want anyone to think that this was easy and uneventful as moves go. Truthfully, we were settled in our new home very quickly.  We may still have had a box or two sitting around the house for awhile, but after 10 years in our last house, there were some boxes and pieces of furniture that were still not in place (that may be the case here when we look back). We were both working our regular schedules within days after the moving truck was emptied.  We discovered the community and the surrounding area in a short amount of time.  We discovered new restaurants and shopping within the first few days.  In a matter of weeks, this was home. As a United Methodist preacher, who has moved from place to place over the years, moving and starting over is something I know how to do.  As a military brat for the first part of
Post a Comment
Read more 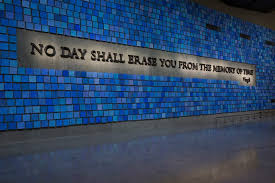 Every year at this time, for the past 17 years, this question comes up in conversations: "Where were you on 9/11?" That day in 2001 was a watershed event for much of the world.  I know I will never forget that day. December 7, 1941 was that day for my father when he was still in elementary school. My sister probably remembers November 22, 1963 or maybe April 4, 1968 when she was a teenager. Where were you that day? I was living in Japan at the time. There was 13 hours difference between Kobe and New York, so I had just put my son to be around 9:00 pm on a Tuesday evening, and then continued reading a book while everything was happening in the USA. I did not discover what had happened until about 6:45 am on Wednesday in Japan (5:45 pm, Tuesday in New York).  By that time, most everyone in the USA had spent 8-9 hours watching non-stop news on CNN or other networks.  It was just beginning for me. I sent my son to school that morning like usual, and he learned wha
Post a Comment
Read more 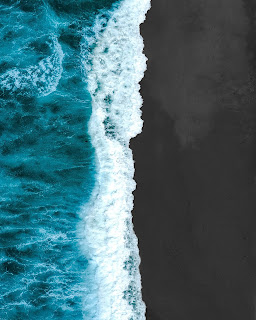 When I was younger, Labor Day was a turning point in the year. Some places that I lived, school started the Tuesday immediately following Labor Day. I guess, because I liked school, it was a pretty good time. In other places, we had already been in school a couple of weeks, so the holiday weekend reminded us that there would not be another holiday for a long time (usually Thanksgiving).  Ouch! I seem to remember among the proper women of the Deep South, Labor Day was when they stopped wearing white shoes and dresses.  (I am not sure if that is even a thing anymore.) For some of my friends, Labor Day Weekend was the last opportunity to go to the beach before fall.  Now that I am older, I never schedule a beach trip until the fall to avoid the crowds. I, personally, don't like the traffic or the waits to get a table in a restaurant. On this Labor Day, I am not working, though I did pop into the office to take care of a few things. Sometimes I am asked about my schedule an
Post a Comment
Read more 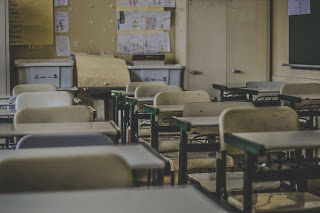 I don't know about you, but I have always liked this time of year. I look back, and I have started afresh in late August or September a new chapter of my life (or in my child's life) for most of my 57 years. I started Kindergarten when I was 4 years old (turning 5 in November), and thirteen years in a row, I started a new grade. Then it was college, four years beginning in late August.  I had jobs for most of that time, but the school year determined my rhythm. I followed college with seminary, and was enrolled in some kind of class for eight semesters straight.  I also worked, studied in Washington, DC and even ran a camp while a student.  The school year was what gave my life structure. After seminary, I went to graduate school, and not only was a student, but taught and did research while on the school calendar.  Even when I started working full-time in local churches, I was still officially enrolled until I was 35, and had finished that last degree. Counting it
Post a Comment
Read more 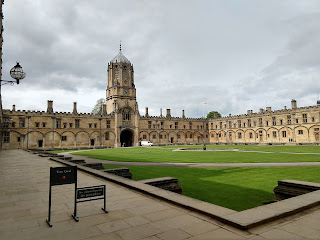 Back in April, Rose and I took a short vacation to London. I had been there overnight a couple of times in my life, but never really got to see and explore the city. I wanted to get a feel for my Methodist roots, so London was a great place to start, and we took a side trip to Oxford while we were there. John Wesley began his life in Epworth in Lincolnshire about 170 miles north of London (our next trip to England will include that excursion). He was basically homeschooled by his mother Susannah for the first part of his education, and at age 10, he was enrolled at Charterhouse in central London.  We walked by that area on our trip but did not take time explore Charterhouse and surroundings because we spent that Sunday at Wesley's Chapel and his old home place (about a mile away). We followed that Sunday with a trip on Monday to Oxford, about an hour train ride from London. It was here that I began to feel the roots of the Methodist movement. Wesley spent about five yea
Post a Comment
Read more
More posts

Michael Rich
I have spent a good bit of my ministry working in communications and technology, while always being involved in local churches. My passion is helping local congregations make disciples and serve their communities.